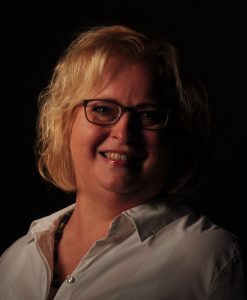 Cells and planets, they split, clot, attach, reject, travel, fight, murder, seek each other, gather, disappear, pop up, repeat this process again and again and then die. But they also live endlessly, because they split, clot and multiply. If they finally die and become dust, is there nothing left of them or are there everlasting cells that integrate into other organisms on a micro level?

I see similar compositions when I zoom in on the universe and when I zoom in on a cell. How is that possible? Is it stardust? Can we reduce all life in the universe to one single cell? Is it that simple? Or are we connected in a very complex pattern of lifelines, mother cells and dna and that for billions of years?
This process intrigues me very much and that is why it is the big theme in my work. I want to show how I think that everything is connected and I want to show the beauty of it.

I used a series of photos of my ancestors to express the dna lines and I put them in a universe. By doing so, I do not only want to give them the right to exist, but I also want to express that every person with all of his cells has a function in this incredibly large universe. I called this series of work ‘places in universe – universal places’.

Inspired by a newspaper article with the name ‘Lonely planet drifts away from its star, object CFBDSIR2140’, I made a series of work about this lonely planet. The planet was rejected by its star and went its own way. I gave it several universes in which it could rest, or move on, travel or love, what was necessary for the planet at that time.

To express the greatness of the smallness, I worked with vegetables. I was touched by the beauty and simplicity of something so common as an onion or a courgette. I made papyrus of these vegetables in the ancient Egypt way. When I had finally reduced the vegetables to their fibres, I was astonished by the similarity of the composition of these fibres and the composition of the universe.
Everything is connected.

In my work I want to show this connection of the endless greatness and the endless smallness. I use the Japanese technique of papermaking. In the wet kozo or abaca fibre I put my compositions by using various printing techniques, materials, pigments and paintings and I continue to do that until I feel the connections.